Deah Shaddy Barakat, 23, and his wife Yusor Abu-Salha, 21; and her sister, Razan Abu-Salha, 19 were shot in what is being described as an “execution style attack” in a suburb of Chapel Hill at 5pm on Tuesday. 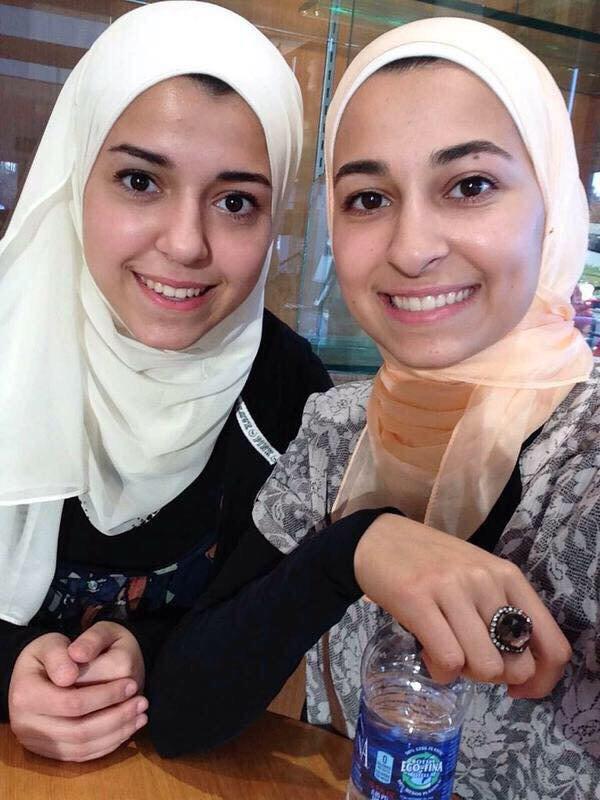 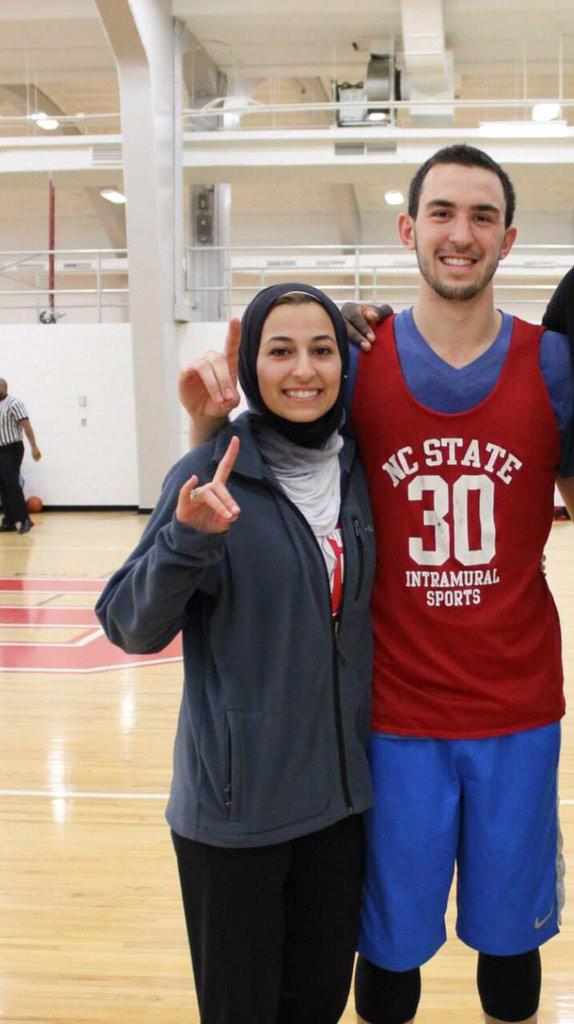 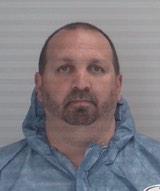 His face reveals strong atheist, anti-theist views and photographs of his gun. 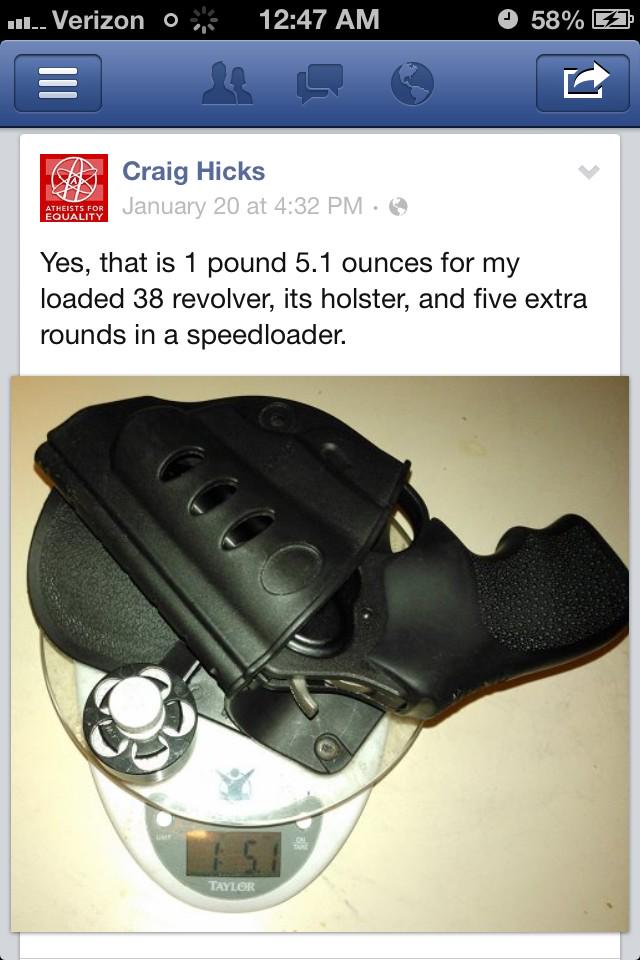 US media has been accused of ignoring the shooting. At time of writing Fox news had mentioned the attack once on their twitter and CNN had yet to report on it.